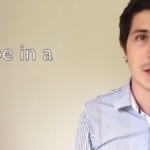 Tip 2 Research The Area for rental returns and capital growth.

Tip 3 Don’t believe the real estate agents, If they say it is a great investment or there are other offers don’t always believe them. Get a valuation from other agents.

Tip 4 Conveyancers VS Solicitors depends on the property.

Tip 7 Set your investment goals before investing in property, how much do you need profit from each property to make it worth your while.

Tip 8 Talk to your neighbours find out about the street about the neighbourhood etc and see what kind of people they are.

Tip 10 Do the cashflow analysis before buying a property.

This is a guest post by Mr. Craig, a writer for various finance related communities. He is a financial writer by profession and has specialization in dealing with financial problems as well as its solutions and also written some great articles on refinance, mortgage refinance, credit counseling, credit repair, debt management and so on.

With the lingering financial crisis in the US and the current slump in the housing market the mortgage regulation are getting tighter now. It can be presumed that the new stringent mortgage rules will come into effect from 2013, which won’t allow any consumer to bank on rising house prices to pay off their credit card bills any more. In fact from 2013 onwards you have to sit for strict tests to qualify for a mortgage plan, which has been a popular way for many to raise extra funds. As per this new mortgage rule, from 2013, anyone, seeking a bigger loan through re-mortgaging has to prove beforehand that they can afford the repayments in future.

Why the new rule comes into effect?

In this age of economic meltdown sand post recession hangover, actually no one is immune to debt problems. Millions of consumers are struggling to pay off their credit card debts, medical bills, student loans, home repairs and turn to re-mortgage option regularly to mitigate their cash crunch.

In fact statistics shows, during the house price boom in 2007, the homeowners borrowed £155billion from banks and building societies to spend on items other than homes. The recent study claims even though the house price went down in most regions in 2010, almost, 45,000 homeowners had borrowed a bigger mortgage to meet their financial liabilities. However, the worst is yet to come. It was found approximately 1.8 million homeowners have missed their mortgage repayment at some point or the other.

Actually all these factors lead to the implementation of this strict new mortgage regulation. It doesn’t aim at stopping consumers from taking out the equity in any way; rather it wants to bring more control and regulation over how ‘vulnerable’ customers are assessed. The list of vulnerable consumers incorporates pensioners releasing equity from their homes for nursing home fees.

Consequences of this new mortgage rule

It’s been presumed this new mortgage rule will bring some drastic changes in the market. A number of homeowners will be prevented from using their homes to fund their financial obligations. In fact this new rules will end the boom in re-mortgaging and will restrict those who re-mortgage almost regularly to pay ff their debts.

As per the report issued by FSA, homeowners who borrow larger loans to pay off their debts are more likely to struggle to pay back loans than others. However, tighter rules mean in future homeowners will struggle even more to pay off their existing financial obligations. The entire issue is summed by the well made comment of, Mr Boulger, senior technical consultant with brokers John Charcol, ‘Remortgaging to pay off debts can be sensible – as long as you don’t do it too frequently and the rate of interest is far lower than on the average loan.’