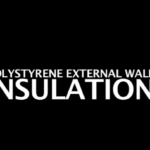 After travelling to Bulgaria many years ago and doing work on a few properties there I discovered they had a completely different way of insulating their buildings from what we do in the UK.  They use a material called Fibran to insulate the outside and inside walls of their buildings.

When I went to my local DIY store B&Q the only type of insulation similar I could find was polystyrene sheets.  After one of my inlaws or outlaws lol from Bulgaria said that the polystyrene was for floors and not walls I set about finding out if you could use it to insulate the outside and inside walls.

In the process I found this video which pretty much answers the question for me.  Watch the video below and see for yourself.